The Protecting Veil is an icon in sound for cello and strings based on eight feasts or icons in the life of the Mother of God .   The opening represents her cosmic beauty and the veil that protects in n ecstatic rising figure for the solo cello.   The second section is related to her Birth, the third to the Annunciation , the fourth to the Incarnation, the fifth for unaccompanied cello to her Lament at the foot of the Cross, the sixth to the Resurrection and the seventh to her Dormition.

The last section refers again to her cosmic beauty and protection.   The Protecting Veil ends with a musical evocation of the tears of the `mother of God over a shattered world.   The music is highly stylised, geometrically formed, contemplatlve and ecstatic in character. 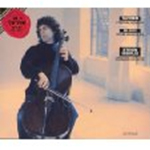 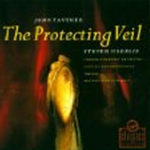 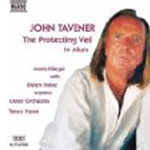 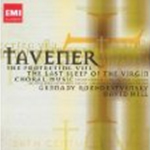